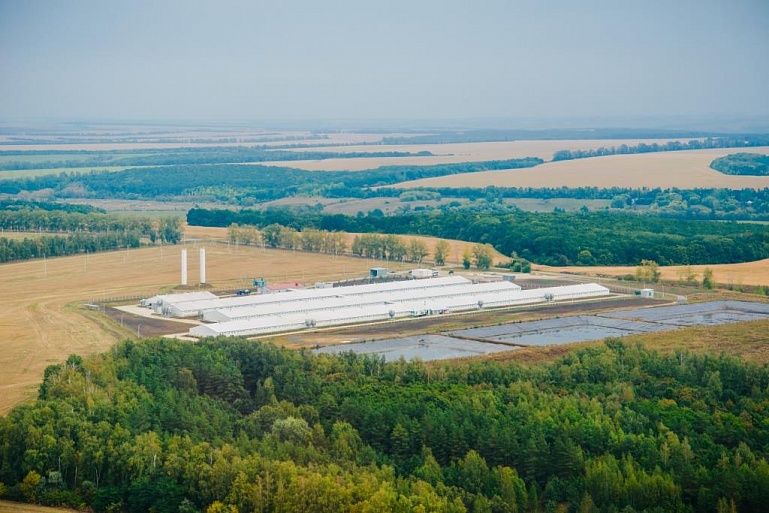 Belgorod, April 15 - ABH Miratorg, Russia’s major meat producer, reports that in the first three months of 2019, the company's feed mills produced around 397 thousand tons of feed, which is 6.8% higher than the same period last year.

Miratorg is Russia's largest vertically integrated agribusiness holding. Operating own modern feed mills with total capacity of 1.66 million tons of feed per year allows the company to fulfill the needs of the company's livestock and poultry divisions for high-quality feed by 100%, and provides the possibility to control the cost of meat ensuring the safety of the final product.

The feed mills of Miratorg, located in Belgorod and Bryansk regions, use only natural raw materials - cereals and leguminous cultures grown on the holding’s own farmland in ecologically clean areas of the Black Soil Region. The feed mills produce some 30 types of animal feed. The feed formulations are developed taking into account different ages of target animal groups. The feed mills are fully automated, which ensures high efficiency of operation.

“The increase in feed production is due to the increasing capacity of livestock divisions of the holding and startup of new production sites. Miratorg Agribusiness Holding plans to launch two more high-tech feed mills to meet the growing needs of the company's divisions in compound feeds,” - the press service of Miratorg commented.