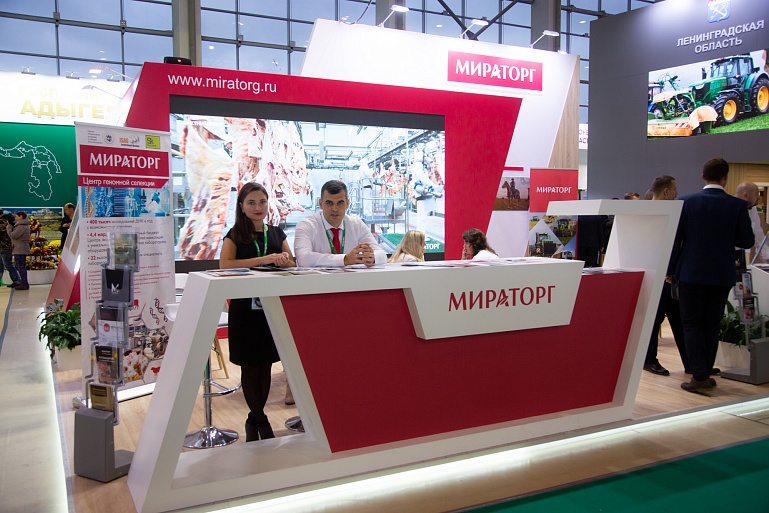 Moscow, October 3 - Miratorg, the largest producer of main types of meat in Russia reports that has presented genomic selection innovation center at the nationwide agro-industrial exhibition “Golden autumn”. ABH Miratorg acted as the official sponsor of the Russian agro-industrial exhibition “Golden autumn”, which is held from 9 to 12 of October in the territory of VDNH, and introduced the genomic selection project.

Miratorg pays great attention to development of selection and stock breeding in livestock business. The key element of the business strategy of the agribusiness holding is reduction of import dependency on genetic resources and increase of export potential. The genomic selection center of ABH Miratorg is designated for creation of nationwide base of beef cattle genetic resources, allowing managing the genetic potential of beef cattle. On the basis of created nationwide base will be implemented the development of genomic selection methods, within the framework of implementation of which there will be determined genomic indices of individual production and economic values, which in turn will allow for making assessment of genetic potential of animals with the aim to create a system of their sales and beef production.

The agribusiness holding owns a herd of beef cattle of Aberdeen Angus breed amounted to more than 640 thousand heads in Bryansk, Orel, Tula, Kaluga, Smolensk regions and 80 thousand heads in Kalinigran region. This is the largest number in Europe.

The residence of the center is “Skolkovo” located in Domodedovo city of Moscow region. The project will be included into top-5 genetic laboratories in the world and will allow solving hardest tasks of genome evaluation and genotyping of all types of agriculture animals. The budget of the project amounts to 4.4 billion rubles. The automated lab equipment and highly qualified personnel allow making 400 thousand DNA tests with the possibility to double this number. The project will be carried out within the scope of scientific and production partnership between ABH Miratorg and Russian scientific organizations: the Institute of Cytology and Genetics of the Siberian Branch of the Russian Academy of Sciences, the Federal Science Center for Animal Husbandry named after Academy Member L.K. Ernst, National Research and Development Institute of Stock Breeding, Skolkovo Institute of Science and Technology and others.

“Genomic analysis is required for stock breeding and improvement of performance of stock breeding enterprises. The center provides great opportunities for genotyping of different organisms and will be solving the issues of creation of unique referential genetic database. It allows not only to develop the projects of the holding but to make tests for the wide range of clients”, Miratorg’s press service commented.